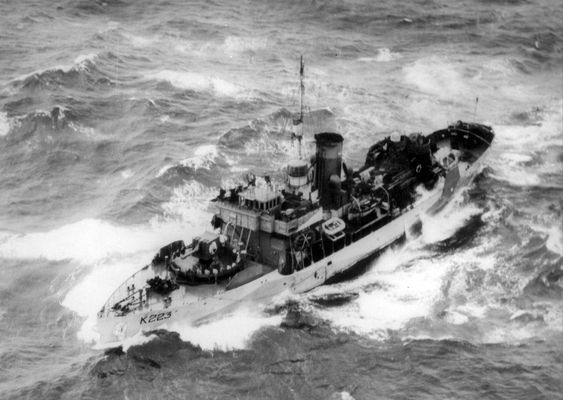 HMCS Timmins was a small warship (corvettes are usually the smallest vessels to be rated as warships) which served for the Royal Canadian Navy during the Battle of the Atlantic, between 1942 and 1945. She was named after the Ontarian community of Timmins.

On 21st of November 1942, off the south coast of Newfoundland, Convoy ON 145 (escorted by HMCS Timmins) was attacked. HMCS Timmins helped rescue 42 men from the British merchant Empire Sailor, which was torpedoed and sunk by German U-Boat U-518.

Served by a crew of 85 sailors and 6 officers and lightly armed, HMCS Timmins survived the war. In 1948 she was sold and turned into the mercantile freighter Guayaquil, which was lost in August 1960.