British humour during the Battle of Britain, Summer of 1940 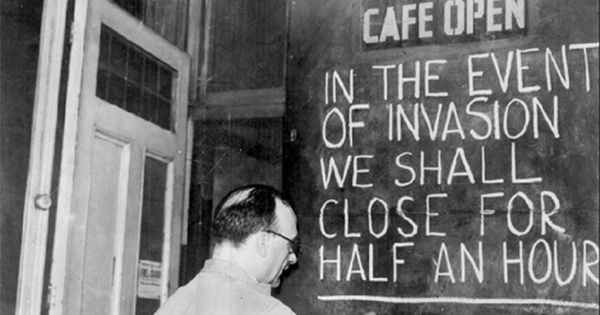 British humour on display in the Summer of 1940, during the Battle of Britain, in which the Royal Air Force and the Fleet Air Arm of the Royal Navy managed to resist and halt the large scale attacks carried by the German Luftwaffe.