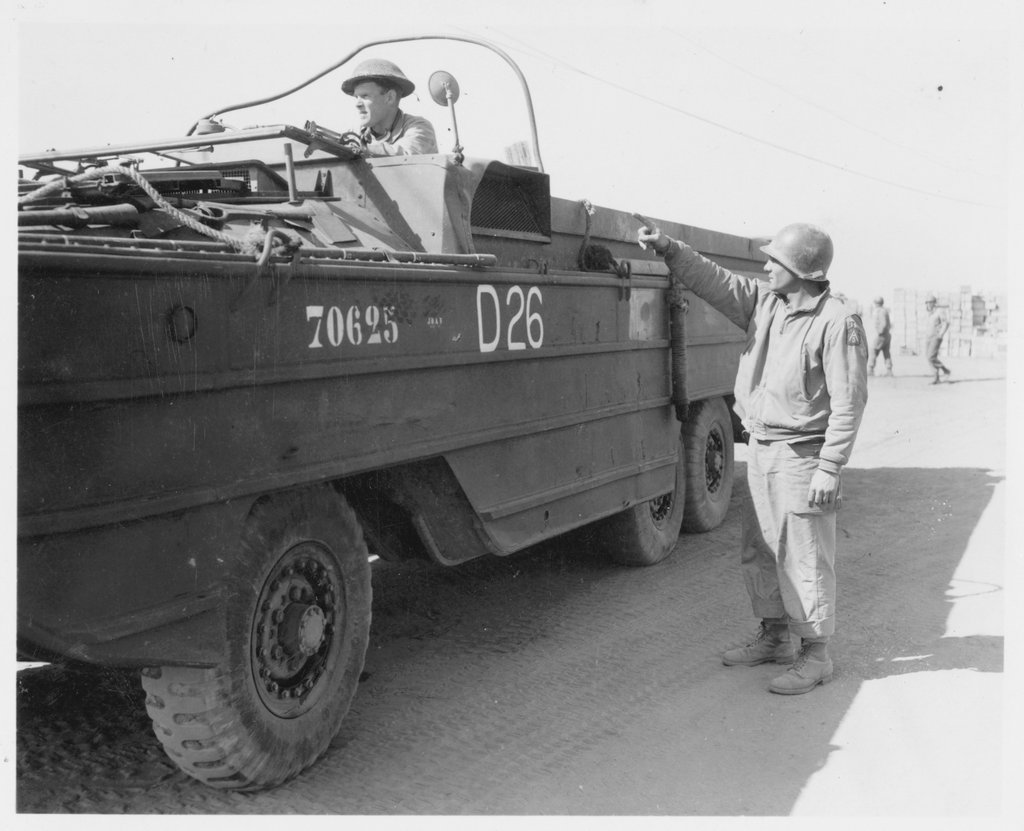 A British “Duck” driver receiving directions from an American soldier at the ration supply dump near Anzio, Italy, on March 29th 1944.

The DUKW, also known as ‘Duck’, was a 2.5-ton six-wheel amphibious truck used in World War II by the U.S. Army and Marine Corps. It served as a means of transportation for troops and goods over both land and water, being particularly effective in approaching and crossing beaches.

The DUKW was so popular and successful that General Dwight Eisenhower reportedly described it as “one of the most valuable pieces of equipment produced by the United States during the war.”