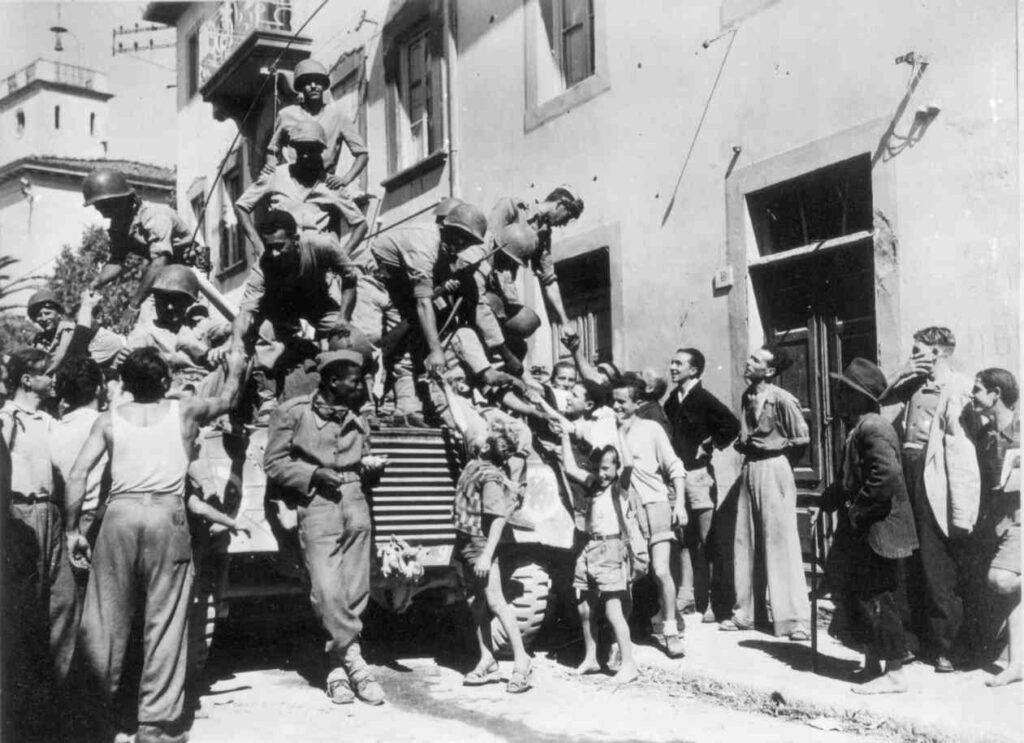 Brazilian soldiers are greeted by Italian civilians as they arrive in the city of Massarosa, September 1944.

Brazil was the only South American country to send troops abroad in World War II.

The Brazilian Expeditionary Force consisted of 25.900 men who fought for the Allied Cause in the Mediterranean Theatre. The land troops fought in Italy from September 1944 to May 1945. Brazilian soldiers were praised for their conduct and success in Europe.