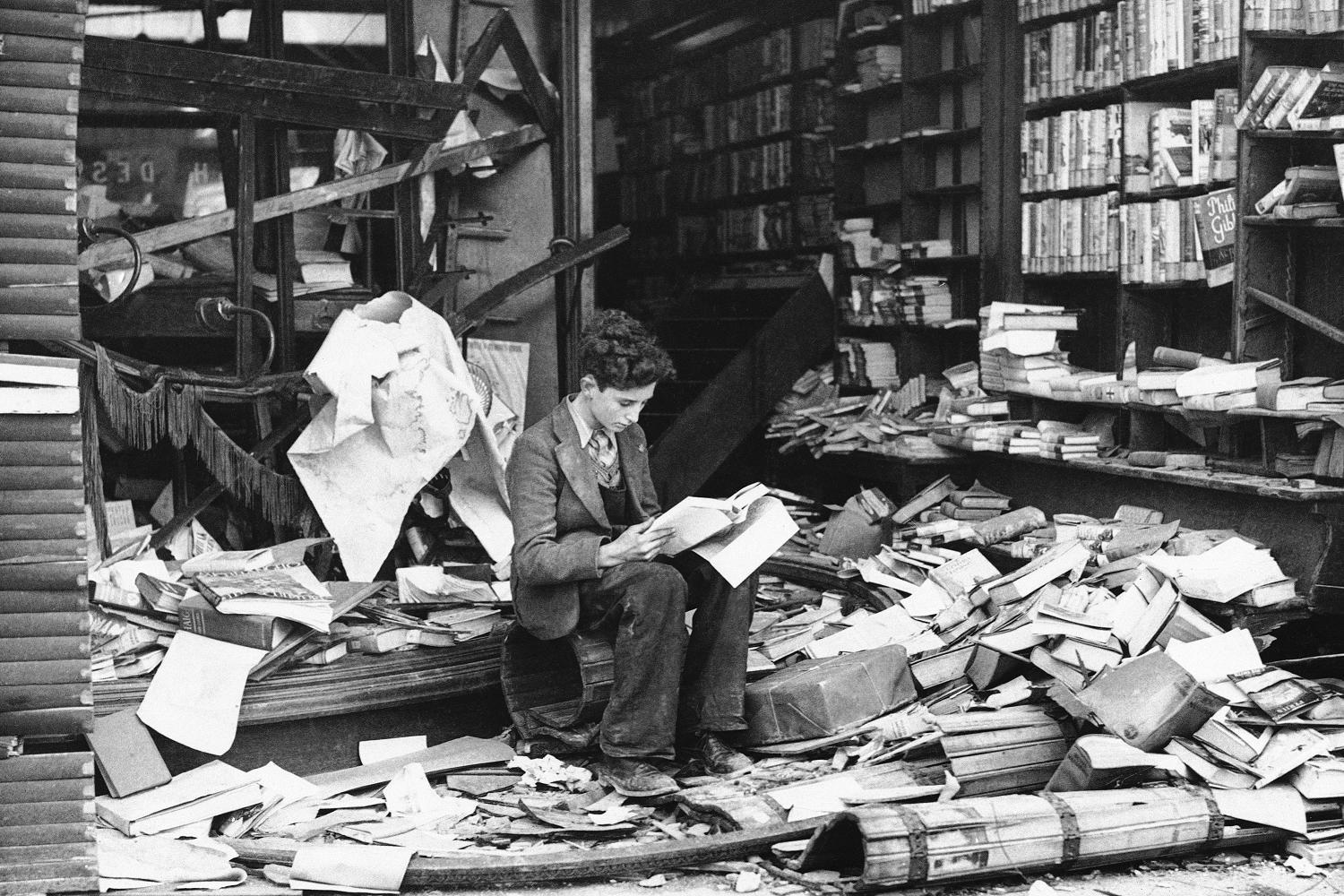 Famous photograph of a young boy reading among the ruins of a London library during the German Blitz campaign in 1940.

The German Blitz bombing campaign of Great Britain took place between September 1940 and May 1941, and was an integral (albeit distinct) part of the Battle of Britain. It was an intense air attack offensive targeting industrial and military objectives, as well as towns and cities, attempting to quickly cripple both the British war effort and the population’s morale.

In the press of the times it was speculated that the boy was reading a book called “The History of London”, while he was in fact living it, and this is quoted in many sources today. However, it’s possible that it was an attempt by British journalists to sensationalize the story, as there is no proof to this claim. I have been trying to figure out which book it might have been, and the best I could come up with is Walter Besant’s “The History of London”, but with its 138 pages it seems quite slimmer than the manuscript held by the boy.