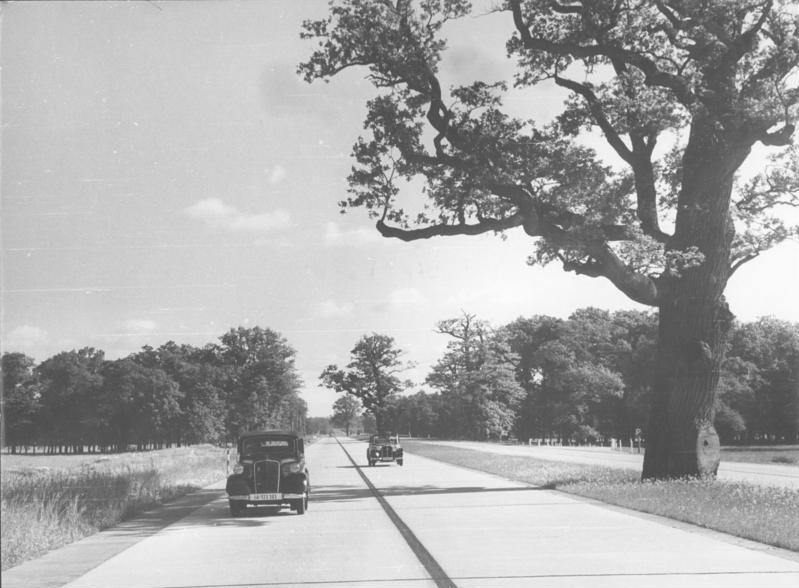 The Berlin – Munich Reichsautobahn (A9 today), Southeast of Dessau, photographed in June 1939. Its first section was inaugurated in 1936 and the last was finished by 1941, making A9 Germany’s first completed autobahn.

Approximately 3,870 kilometers of highways were built in Nazi Germany during the “Reichsautobahn project”.