Austrian woman dancing with a Soviet officer in Vienna, 1945 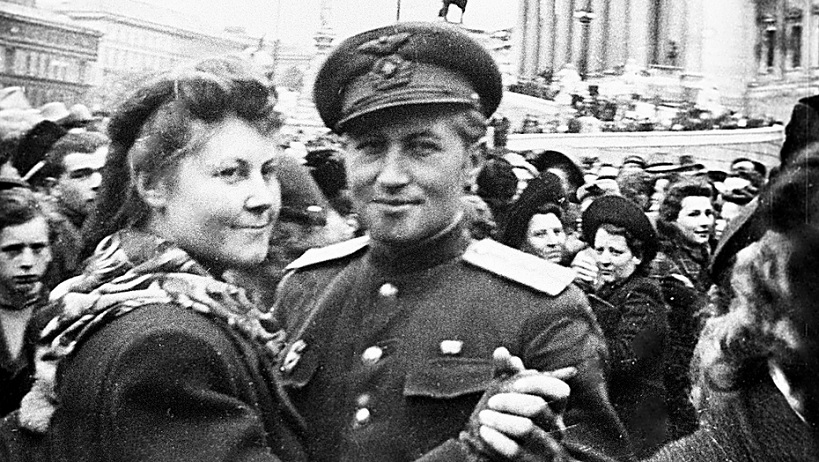 An Austrian woman and a Soviet officer are dancing in the streets of Vienna after the fall of Nazi Germany in May 1945.

There were many similar images of celebration in Vienna as the war in Europe came to an end, and people were hopeful for a happier future.

📖 As the Waltz was Ending (Emma Macalik Butterworth, 1982)