Anti aircraft fire by US Marines against Japanese night raiders, 1945 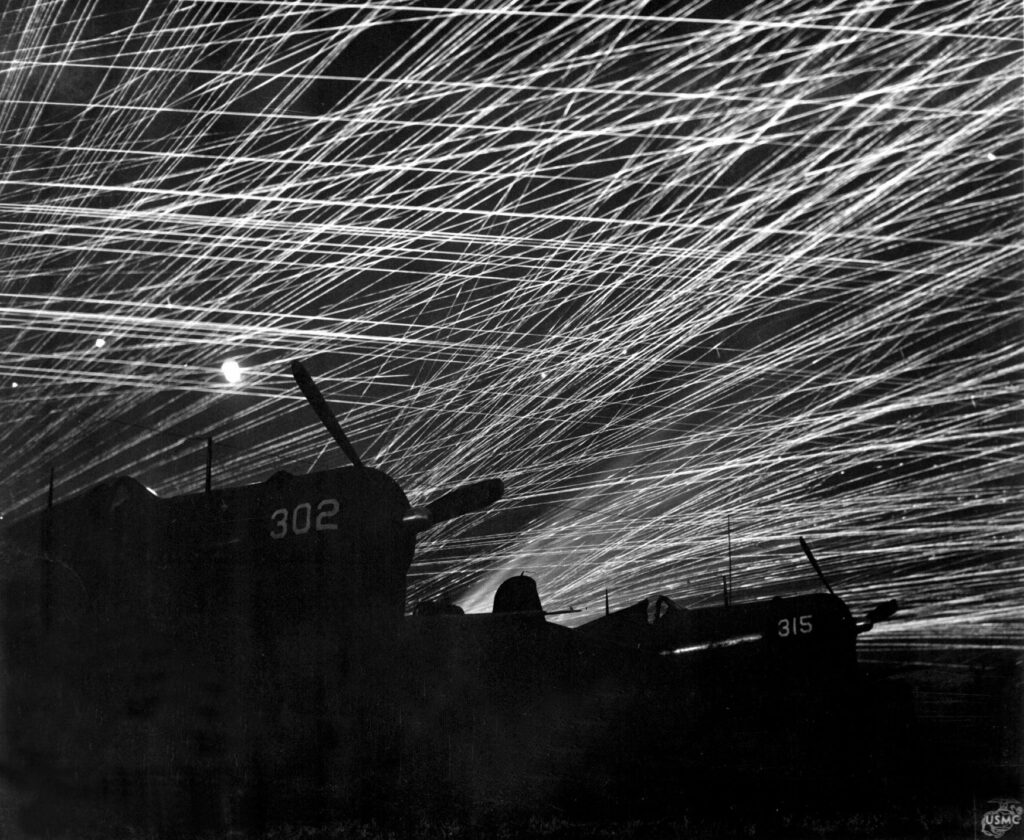 Two US Marine Corsair fighter planes of the “Hell’s Belles” attack squadron can be seen in the foreground.

Image captured by Technical sergeant Chorlest of the Marine Corps.