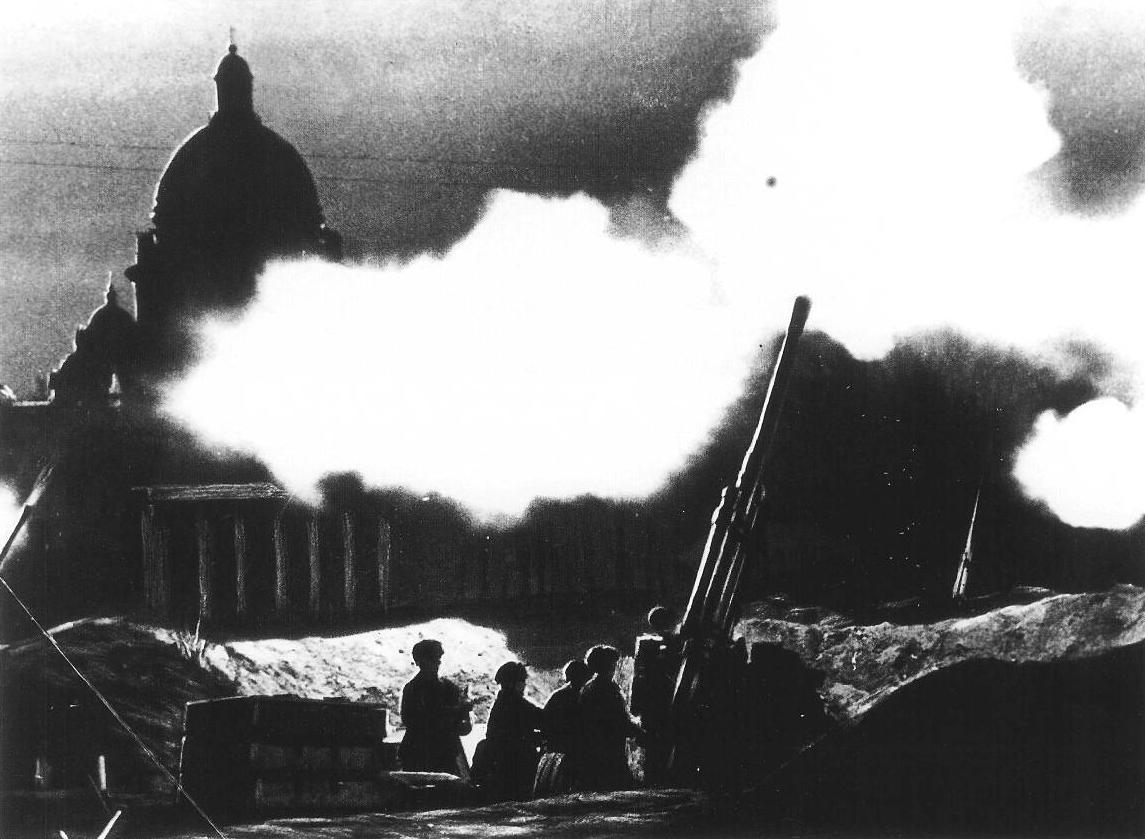 Anti aircraft fire near St. Isaac’s Cathedral against a German air raid during the Siege of Leningrad, 1941.

More than one million Soviet civilians and soldiers have perished during the siege.

📖 Leningrad: A History From Beginning to End (Hourly History, 2017)